Digital transformation has a number of benefits for consultants. 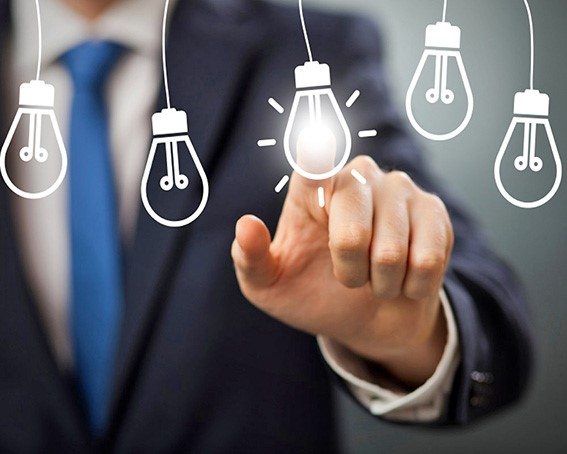 E-commerce software is the engine behind the scenes of an online store, making it possible to easily manage inventory, add or remove products, calculate taxes, and everything else required to manage a website and fulfill orders. E-commerce software simplifies intricate processes in a friendly user interface that enables people non-technical backgrounds to oversee an entire e-commerce operation.

AMO Advisor is committed to helping its clients reach their goals, to personalising their event experiences, to providing an innovative environment, and to make a difference. Our strong sense of identification with client projects means that we are constantly striving to provide solutions.

We are an organization with working principles as our main motto is to satisfy the clients in every aspect, we follow the principles in nine steps while performing any task so that our integrity and honesty remains intact.

We offer all the services related to the Information technology field like web development, Web products and applications, social media marketing, bulk messaging and much more. To know more, you can visit the services section read about the services we offer in detail.

Amoadvisor looking for fresher and an experienced, motivated engineer who is passionate about web development and building high quality products.

Apply now
Jobs Partner with Us Enquiries Subscribe Us 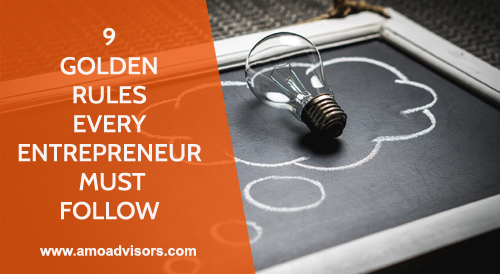 This article is about Top CEOs who were early birds and caught the world. 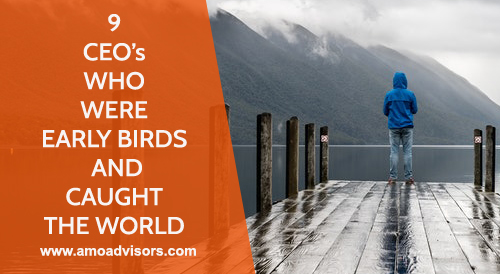 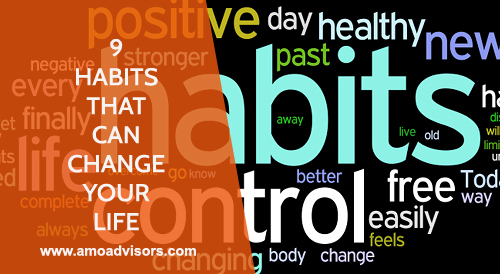 They say the early bird catches the worm, and research suggests there might be some truth to the old adage.
Waking up with the sun allows people to get a head start on the day, completing the tasks before the rest of the world has left the bed. The extra hours we get by waking up early give a chance to do something creative, work in the gym or spend time with the family.
Here is the list of 9 early birds who caught the worm.

Apple CEO Tim Cook wakes up 3:45 a.m. and gets a head start on email. According to a Time profile, "He wakes up at 3:45 every morning ('Yes, every morning'), does email for an hour, stealing a march on those lazy East Coasters three time zones ahead of him, then goes to the gym, then Starbucks (for more e-mail), then work. 'The thing about it is, when you love what you do, you don't really think of it as work. It's what you do. And that's the good fortune of where I find myself.'”

In order to stay competitive mentally and physically, the Dutch-born Polman gets up at 6 a.m. so he can run on the treadmill in his office. This also gives him time to "reflect on the work day ahead," which is probably pretty hectic at a multinational food and detergent company.

Nooyi wakes up as early as 4:00 A.M., telling Fortune that "They say sleep is a gift that God gives you ....that's one gift I was never given.” In a speaker’s series at Pepsi, she revealed that she's at work every day by no later than 7.

AOL CEO Tim Armstrong starts his day at 5:00 a.m. but tries not to send too many early-morning e-mails. The former Google executive tells The Guardian that he's "not a big sleeper" and wakes up at 5 a.m. or 5:15 a.m. every day to work out, read, tinker with the site, and hang out with his middle daughter, who is also an early riser. Armstrong says he tries to hold off on sending emails until around 7:00 a.m.

Xerox CEO Ursula Burns rises at 5:15 a.m. to email and work out. Burns uses early morning hours to get caught up on emails, getting up at 5:15 a.m. and sometimes working until midnight, according to Yahoo Finance. She also uses the time to fit in a workout, according to Laura Vanderkam's "What The Most Successful People Do before Breakfast." Burns schedules an hour of personal training at 6 a.m. twice a week.

Twitter and Square CEO Jack Dorsey wakes up before dawn for a 6-mile run. According to New York Magazine, the Twitter cofounder wakes up at 5:30 a.m. to meditate and go for a six-mile jog.

Virgin Group founder and Chairman Richard Branson rise with the sun at around 5:45 a.m. In an interview with Business Insider's Ally Weisman, Branson reveals that he wakes up at about 5:45 in the morning, even when staying at his private island, leaving the curtains drawn so the sun gets him up. He does his best to use those early hours to exercise before an early breakfast and getting to work.

Like her predecessor, Daniel Akerson, GM's current chief executive is an early riser. According to a New York Times profile, she was regularly at the office by 6 a.m. before she even became CEO.

Vodafone CEO Vittorio Colao rises by 6 a.m. According to The Guardian, he exercises then works to about 10:45 p.m., with a small gap for dinner with his family. He heads to bed by 11:30 p.m.